Plastic bottles are collected, processed and transformed by local companies into eco-fabrics, which are improving in quality and drawing worldwide attention. The showroom at Super Textile Corp.’s factory-office complex at Taoyuan Youth Industrial Park rarely fails to impress visitors when they see fabrics, clothes, blankets and scarves placed alongside discarded polyethylene terephthalate (PET) bottles, which provide the raw material for the finished goods. An accompanying flow chart shows the process through which these used plastic containers are reborn, morphing them into a totally different form. While pointing at a grayish scarf, Alex Lo, Super Textile’s managing director, says “It’s made from six PET bottles. But you don’t think of PET bottles when you see it.” Lo’s company, which has been manufacturing fabrics in Taiwan for 34 years, started to think about producing fabrics from recycled raw materials in 1996, a time when society was becoming increasingly concerned about disposing of garbage in an environmentally sound manner. “Back then, PET bottles were causing a lot of problems in Taiwan, such as blocking gutters during floods,” Lo says. “Putting them in landfills was even worse. It takes at least 400 years for plastics to degrade.” As a result, in 1997 Super Textile began to develop what has become known in the industry as “eco-fabrics,” which are made from recycled PET bottles. The company then began manufacturing eco-fabric shopping bags and caps, most of which were purchased by government agencies and civic groups in support of Super Textile’s environmental protection efforts. The manufacturing pipeline for eco-fabrics starts with garbage trucks and individual garbage collectors, which together constitute the upstream part of the production chain through providing waste bottles, or “raw materials.” The midstream part includes processing plants like those operated by Oriental Resources Development Ltd., which produces flakes and chips, as well as fabric makers such as Super Textile. At the downstream end are apparel manufacturers like Far Eastern New Century Corp., which supplies garments for Nike, Adidas and other brand names. The recycling of PET bottles to make fibers was actually begun in Taiwan in 1989 by the Far Eastern Group and the Shinkong Group, two big manufacturers that have provided large quantities of plastic containers for the local beverage industry since 1984, although they are mainly known to the public as heavyweights in the textile and apparel manufacturing sectors. The two companies jointly established Taiwan’s first plant dedicated to recycling the

Taiwan textile is the symbol of high technology and quality. The industrial clusters have contributed successful establishment with interaction relationship between different manufacturers and institutions.

SPORTINGTEX  In view of the large demand of customer in the market, new collagen series related products have been launched. Collagen fiber textiles can be widely used in various products such as underwear / underpants, sports underwear, sportswear, yoga wear, casual wear, bed sheets, etc. and other related products. 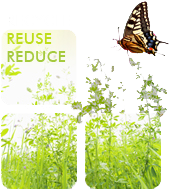